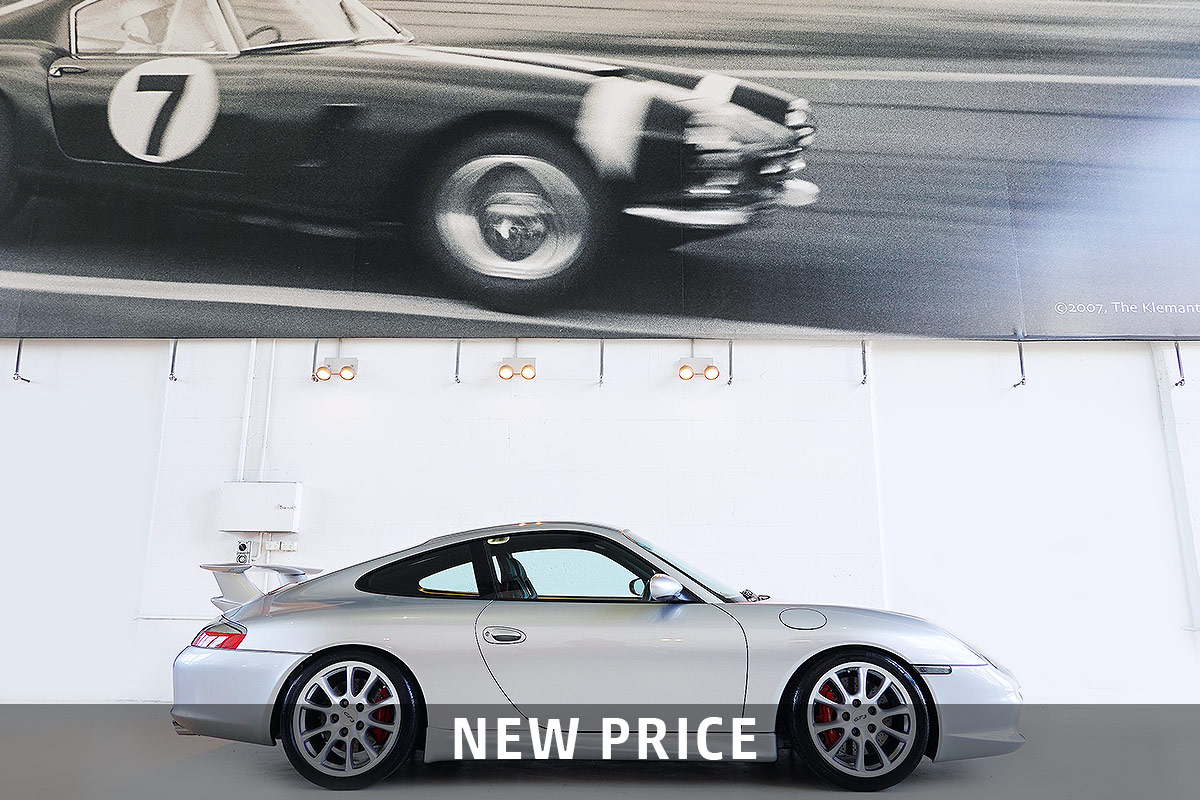 Twist the key and the flat-six churns into life. The motor breaths a throbby inconsistent note, always hunting for idle. This is one of the signs that true motorsport engineers have designed this car, because they have ditched the standard twin-mass flywheel for a super light one, in pursuit of sharper throttle response and creating plenty of honest, raw mechanical noise.

Conceived by Hanz Mezger, Porsche's most famous engine designer, the 996 GT3's flat-six can trace its origins back to the turbocharged flat-sixes that helped Porsche dominate Le Mans in the 1970s and 1980s. Its four-valve cylinder heads were derived from those in the 959 supercar—the first 911-based street car to employ water-cooling—and its dry-sump lubrication system came straight off of the 1998 Le Mans-winning 911 GT1.

The type 996 road-legal cup car produces a proud 360 bhp at a beautiful 8000 rpm and uses the race influenced six-speed manual transmission to punch the power to its fully independent and adjustable suspension. The car is designed with a unique body kit, including a dual-plane rear wing and the interior is stripped down with the deletion of some interior trim to keep weight down.

The TouringPackage lists the below:

The car offered here is an exceptionally rare Australian delivered 996 GT3 Touring Mk2, close to the condition it was when delivered new at Scuderia Veloce (Porsche Centre Willoughby) in July 2003. With only a small amount of cars to reach our shores with few surviving today, 996 GT3 in its original condition and only travelled a healthy 56,000km kilometres makes it a rare opportunity.

All service and history is update by only factory Porsche Centres.

This really is a race car for the road and was built to provide a technical base while satisfying homologation regs for several racing series over the years, making it one of the most engaging sports cars to ever exist.
Click to access the login or register cheese
Send this to a friend