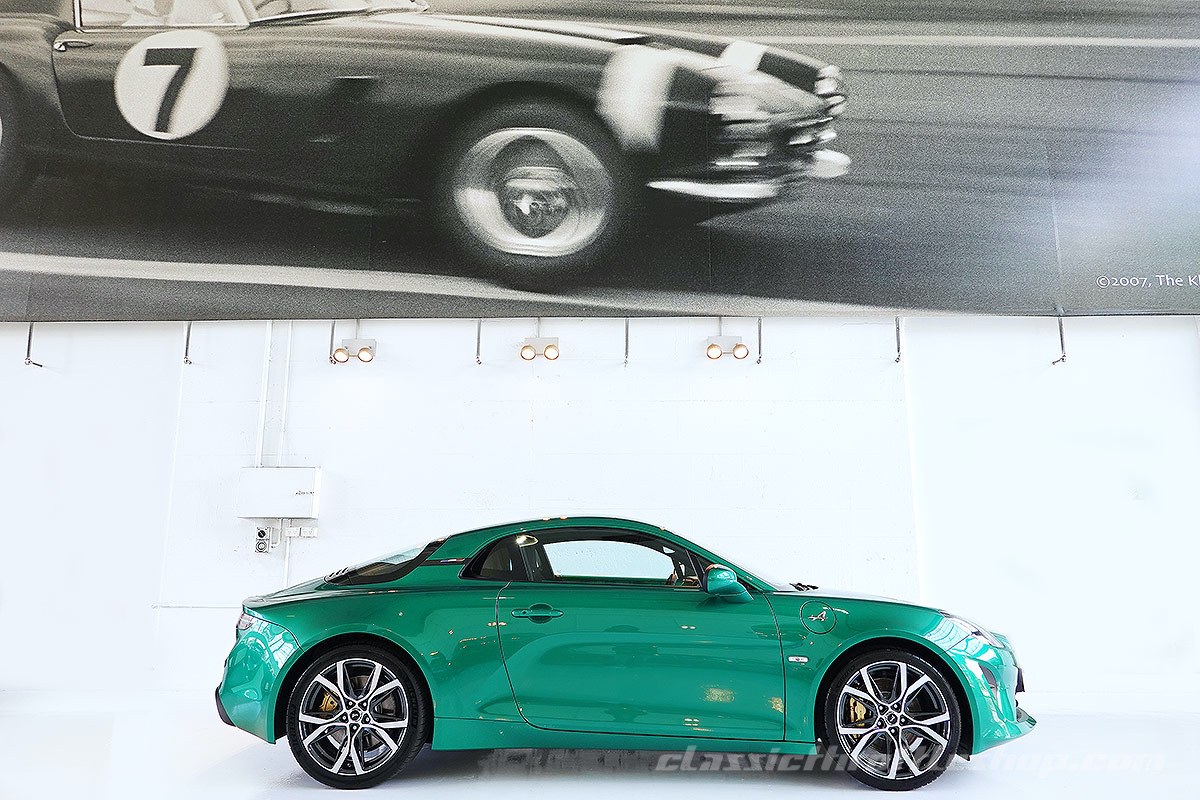 If you’re wondering why the 2018 Alpine A110 looks so unusual, you might not know where its heritage lies. In 1961, the A110 debuted as a car that looks somewhat similar to its modern equivalent. It followed the principle of a light kerb weight rather than a massive power figure, and even had a series of Renault engines, located at the car’s rear. This proved to be a winning formula. With 1.6 litre naturally aspirated Renault engines being the pinnacle of performance for the A110, it managed outputs of about 103kW, and weighed around 635kg depending on specification.

The little Alpine became a rally legend, finding itself competing in the WRC among other rally series, and even has a string of victories during the 1971 Championship to its name – including one at the prestigious Rallye Monte Carlo. That same year, while Renault (and therefore Alpine) wouldn’t compete in the mega Nürburgring 96 Hours, one Jean-Luc Thérier borrowed an A110 to make his own privateer entry. While no one reportedly took the Alpine very seriously at first, expecting a BMW 2800 CS to take the win, Thérier and his two teammates took victory by a margin of about 8 laps.

The company was bought by Renault in 1973, but vehicles bearing the Alpine nameplate were produced until 1995. Recently, Alpine was revived with the launch of the Alpine A110. The A110 is the perfect example of the old-meets-new philosophy; inspired by its predecessor – the iconic A110 Berlinette, the new Alpine A110 takes heritage design inspiration and combines this with modern design features including LED taillights, 18" wheels, dynamic turn indicators and more.

That’s all good and well, but what about performance?! Well, the new Alpine A110 is capable of 0-100km/h in 4.4 seconds. The featherweight, aluminium-built A110 is powered by a mid-rear mounted four-cylinder 1.8 litre turbo engine that generates up to an exhilarating 292hp and 320Nm of torque, reaching speeds of up to 260km/h.

With a full range of driver aids that includes stability and traction control, antilock brakes and emergency brake assist, the A110 is as safe and secure in all conditions as it is fun to drive. The A110 also offers a choice of three driving modes, easily selectable via a simple switch, allowing the driver to access Normal, Sport or Track modes which adjust throttle response, steering assistance, gearshift speeds, exhaust sound and ESC level to suit any number of driving conditions. But what makes the A110 a serious contender is its custom on-board telematics system. Accessed via the 7” central touchscreen, Alpine Telematics enables the driver to record lap times at track days and store performance driving data. It also displays real-time technical information such as power and torque output, turbo boost pressure and engine and tyre temperatures.

Designed and engineered with an attentive eye for detail, the A110 weighs as little as 1,094 kg. Aluminium is used for the suspension components as well as the body, while the Sabelt sports seats weigh in at just 13.1 kg each, helping to keep weight down even further. As a result the A110 is agile and engaging at all speeds.

We are proud to offer this 2021 final Alpine A110 Pure Heritage edition finished in Emerald Green with Black leather interior. It’s the last one available and it’s adorable. Go on... You only live once...
Click to access the login or register cheese
Back
Send this to a friend